In 1881, one acre of ground was deeded to the Trustees of the African Methodist Episcopal Church we call today Sage Chapel Cemetery. The land was part of the former Keithly family plantation and had most likely been used by their former slaves as well. These Trustees also purchased a 1/2 acre lot on Sonderen Street with a small building that they used for meetings. At this time, a local preacher with the African Methodist Episcopal Church named Jefferson Franklin Sage, was ministering from St. Charles to Jonesburg.He was well loved and continued to minister there at Sage Chapel. Funerals would take place in the little white church (not to be confused with Wishwell Baptist Church which was also on Sonderen next to it, and the Cravens Methodist Church further along) and then be carried “up the hill” to the cemetery. Eventually the cemetery became home to African American families from all of the surrounding community and not just those that were members of Sage Chapel A.M.E.. Most of the 130 known burials in Sage Chapel Cemetery were born as enslaved people. In 2017 we can identify and locate only 40 of these graves. The cemetery had fallen on hard times and become overgrown. Stones had toppled and many were lost in the overgrowth. Families can recall the entire cemetery as full, with many marked simply by a small metal funeral home marker. These are easily removed and lost as well. Many of the families simply marked a loved one’s grave by a field stone, with initials chiseled onto the surface. Many never had a stone. This was, and still is, an integral part of the entire O’Fallon community. No one can identify who owns Sage Chapel Cemetery today. It belongs to all of us. It is part of our community’s history, and there to remind us of our roots. Whether we were black or white, it is there to remind us to be kind, and to care for each other. We can be thankful to the City of O’Fallon for its care, and the many friends who come together. Those that are buried there are “Never to be forgotten”. 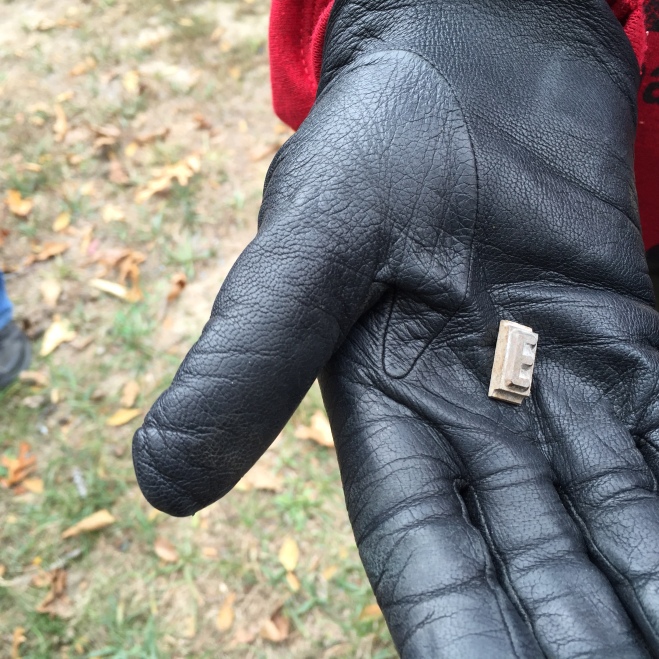 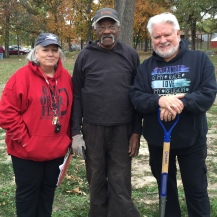 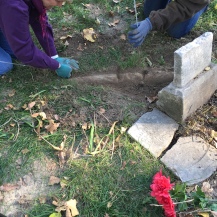